The Rye Garnets may have waited 497 days to get back out on the football field, but they wasted little time on Saturday reminding fans just how dominant they can be. Kicking off the Fall II season on March 20, Rye scored early—and often—as they rolled against an overmatched Pelham squad, topping the Pelicans 43-21 in a road win.

After the coronavirus pandemic caused New York State officials to cancel high-risk sports last fall, many wondered if any football games would be played during the 2020-21 school year. But after Gov. Andrew Cuomo, a Democrat, officially gave those sports the green light to resume competition in January, New York State Public High School Athletics Association and Section I officials were able to carve out a six-game football season that began in earnest last weekend.

The last contest Rye had participated in prior to Saturday’s tilt with Pelham was the Section I title game against John Jay, which was played on Nov. 8, 2019.

“It feels surreal, it’s honestly hard to put into words how much this means to be out here,” Rye junior running back Caden Whaling said. “It just feels so awesome to be able to come out here, play a game and get a win.”

Against Pelham, Rye recorded a safety on the opening drive and rattled off 23 unanswered points to start the game. According to Whaling, the abnormally condensed preseason—teams were only able to begin practices on March 8—didn’t affect the Garnets when it came to execution.

“We worked really hard in practice and we were able to practice seven days a week because they took the [six consecutive practice day limit] rule off,” he said. “We felt pretty confident coming out today.”

Pelham was able to climb back into contention after the initial Garnets’ surge, twice cutting the lead to 15, but were simply unable to slow down Rye’s versatile offense.

“We have a lot of respect for Pelham, they came out and worked super hard,” Whaling said. “They didn’t give up at all, they’re great competitors.”

Whaling led the charge offensively, rushing for 179 yards and two touchdowns, but the Garnets also got inspired quarterback play from Teddy Berkery and Owen Kovacs, who shared signal calling duty in the absence of starter Jack Griffiths, who was inactive. Kovacs completed five passes for 65 yards and ran for a touchdown, while Berkery threw for 75 yards and a touchdown and ran for another.

“For the first game on varsity, they both came out and did great,” Whaling said. “They worked their butts off in practice and it showed off in the game. “

The Garnets will be back in action on March 27, when they travel to Sleepy Hollow to take on the Horsemen. Sleepy Hollow won its first game on the year on Friday night, topping Walter Panas 40-10. 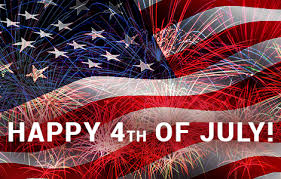